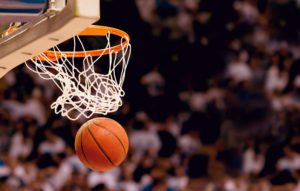 Already a fan of staying active thanks to his time at the Maplewood YMCA, it was during high school that Robert Glaser eventually established a friendship with Peter S. Castle, a friendship that became close. Peter was well-known for athleticism, excelling at sports like basketball and baseball. Besides his athletic prowess, Peter was fondly remembered for personality, a warm, outgoing individual who easily made friends with people from all walks of life.

Upon finishing college, Peter dedicated his time to teaching Rochester’s inner city schoolchildren. Sadly, his efforts would also cost him his life after he was murdered during a basketball practice session by a teenager under the influence of drugs. To remember him, Robert Glaser and several of Peter’s friends would create the Peter S. Castle Foundation which raises funds from donations and from an annual golf tournament that’s been held annually for more than two decades.

Peter S. Castle is no longer with us, but through the annual golf tournament, Peter remains a key force in keeping the close group of friends, together, for their entire lives.