The Memory of Peter S. Castle 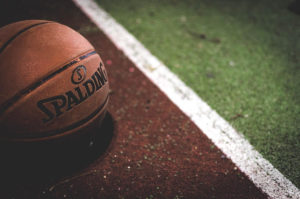 The Maplewood YMCA taught Robert V. Glaser a great deal about physical fitness. As a high school student, Glaser still participated in physical activities. He would go on to establish a close friendship with a fellow student named Peter S. Castle, whose impressive athleticism had already made him something of a celebrity thanks to his exceptional performance when it came to sports like basketball and baseball. While his athleticism was greatly admired, Peter’s outgoing and warm personality left a strong impression on many people, allowing him to build friendships with lots of different people.

When his college studies were complete, Peter dedicated a significant portion of his downtime to working with the inner-city schoolchildren of Rochester, New York. Lamentably, his noble work of teaching children would result in his untimely death: Peter was murdered during a basketball practice session by a teenager who was under the influence of drugs. As a way of remembering his dear friend Peter, Robert Glaser and a few other friends took it upon themselves to create the Peter S. Castle Foundation which seeks to raise funds via donations and a golf tournament held every year. For more than two decades now, the tournament has continued to not only raise funds but also preserve Peter’s legacy.

Peter S. Castle is physically gone but he continues to be a beloved individual and a strong force in maintaining the solid friendship by Robert and the rest of their mutual friends.