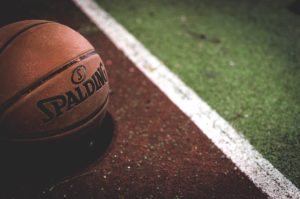 Robert Glaser was all about staying in shape ever since he attended the Maplewood YMCA. During his high school years, Glaser continued to stay active when he met and became close friends with Peter S. Castle. Peter had achieved a level of fame due to his admirable athleticism, performing well in sports such as basketball and baseball. Besides his superior skills in athletics, Peter was lovingly remembered for his outgoing and warm personality, a person who had no trouble making friends with a colorful cast of different people.

After completing college, Peter spent a great deal of his time working with Rochester’s inner-city schoolchildren. Woefully, his teaching work would ultimately cost him his life after he was murdered during a basketball practice session by a drug-addled teenager. As a way to remember Peter, Robert Glaser and a couple of other friends spearheaded the creation of the Peter S. Castle Foundation which seeks to raise funds from donations and a yearly golf tournament, This tournament has been going strong for over two decades.

Peter S. Castle has passed away but through the golf tournament, he remains a warmly remembered and powerful force in maintaining the longtime friendship by Robert and the rest of his friends.